Why Get Juniper Network Certification for Career Growth?

The Juniper Networks Certification Program (JNCP) is a multi-tiered program of written and hands-on Lab exams.Juniper is practically the only alternative, but hey, it’s an option, and a great one at that! 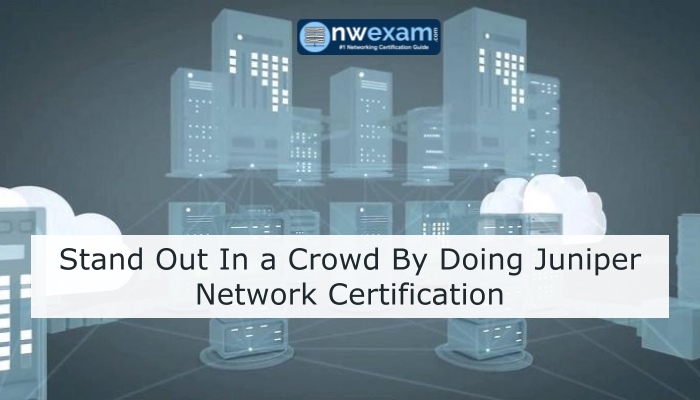 During the dot-com bubble, Cisco was worth more than $500 billion, making it the world’s most valuable company. However, Cisco barely had time to rest on their laurels before Juniper Networks came along and cornered over 30% of the service provider market with their line of core routers in the early 2000’s.

And for the past ten years, Juniper has defended that market share valiantly. Although Juniper’s U.S. market share for core routers in 2014 was only 24%, 2015 saw them bounce back up to 28% compared to Cisco’s 49% share.

So what is Juniper’s secret weapon? Speed. Always has been, always will be.

From the very beginning, Juniper has engineered their routers with specialized hardware that is custom-built for high performance and low latency routing, giving them the edge in hauling truckloads of data through large ISP networks.

In 2009, Juniper took their expertise in creating fast routers for ISPs and applied it to the enterprise market, with mixed success. While some were expecting to see another spectacular market-grab away from Cisco as in the service provider market, Juniper’s foray into enterprise routing and switching have been mostly confined to a niché market.

Juniper’s hardware is built from the ground up to be good at one thing: sending data to where it’s meant to be as fast as machine possible. This is achieved by custom ASICs (Application-Specific Integrated Circuits) which are essentially electronic chips designed to do some of the heavy liftings that would otherwise be done in software.

The operating system used in Juniper routers, Junos OS, is just as smartly designed. Based on FreeBSD, the main advantage of Junos’ OS over Cisco’s Linux-based IOS lies in its simplicity, flexibility, and modularity.

Only a select few of Cisco’s high-end routers run IOS RX, which features built-in modularity, whereas the Junos OS was purposely designed to allow separate processes to act as modules in their right. This means that when one process crashes, it doesn’t bring the entire operating system (and network!) down with it.

Not only is the Junos OS friendlier toward crashes and bugs, but it has also been traditionally more welcoming to the open source community than Cisco’s IOS. Where Juniper’s own software engineers have not accounted for a specific use-case, the developer community steps in with the Junos OS SDK and APIs.

The Junos OS CLI can also be integrated easily with Python, which dramatically increases the power of network scripting and automation.

It is directly aligned to what the market- place is asking for in network engineers. Over half, 56%, of the individuals surveyed said that during a recent job application/recruitment process they were asked about their certifications – indicating a preference for proven skills when recruiting.

What some survey participants said about the career benefits they realized from their Juniper certification: